Dr. Hummler graduated in 1986 from the medical school of the University of Tübingen, Germany. After his residency in Pediatrics in Germany he received his training in Neonatology from 1992 to 1995 by Eduardo Bancalari, M.D. at the Division of Neonatology, Department of Pediatrics, Jackson Memorial Medical Center, University of Miami, Florida, U.S.A.

His research interests are related to neonatal lung injury, mechanical ventilation, permissive hypercapnia and to the effects of hypoxemic episodes in VLBWI. He was involved in the development of an automated device for closed-loop FiO2 control. His group is working on different interventions in neonatal resuscitation in experimental settings and is actively participating in many international clinical trials, and he has published more than 150 original articles in peerreviewed journals and editorials and book chapters.

His NICU at the University of Ulm, Germany had/has excellent outcomes for very low birth weight infants with the highest survival rate in 2015 nationwide. In a close collaboration with other stakeholders from obstetrics he led a multidisciplinary team to reduce the rate of IVH and to improve neurodevelopmental outcome substantially. He received the Scientific Award of the German Society of Neonatology and Pediatric Intensive Care and was awarded as a Top Physician in Neonatology in the years 2013, 2014, 2015, 2016, 2017, and 2018. In 2018 he received the Chief Executive Recognition Award (CEO Sidra Medicine, Doha, Qatar). 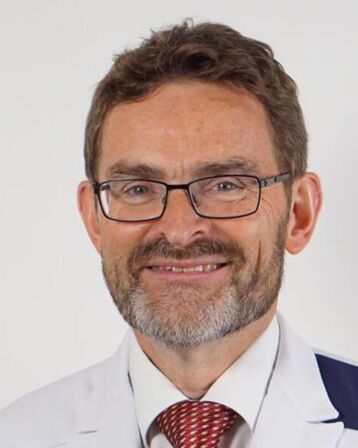